Our primary reason for staying in Candidasa was the opportunity for more snorkeling with Blue Lagoon nearby and several rock islands in view off the coast. 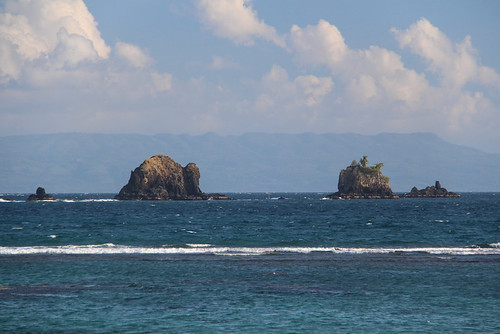 On our first day at the resort I was taking photos of the beach when I was approached by a guy – after nearly two weeks in Bali I was fully prepared for the sell. He owned one of the boats secured on the beach and would take us out for snorkeling. I told him we had scheduled a land tour the next day; he asked about the day after and I said maybe. To his credit, he recognized me the next afternoon, and since we were actually interested in snorkeling off the coast I bartered on a price, eventually settling on 400k. The next morning Leandra wanted to go too, so we showed up with exactly 400k and when he wanted more to add her, well, we were willing to walk and he wasn’t. :)  Realistically, we could have gotten an even cheaper price in town, but this was more convenient since his boat was directly in front of our resort. 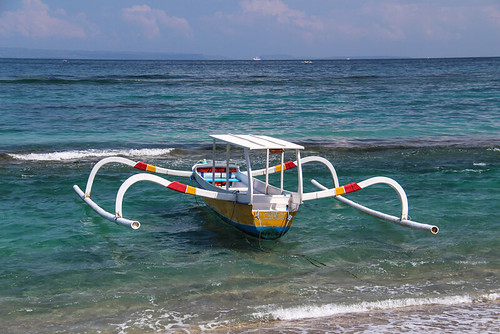 our boat for the next few hours

We took off at high tide and went straight out to Gili Mimpang where we were the only boat. Quite a few fish were visible in this relatively deep snorkeling spot with good water clarity, though the currents around the rocks were decently strong so it took a bit of swimming (and sometimes circling back) to get in position for photos. 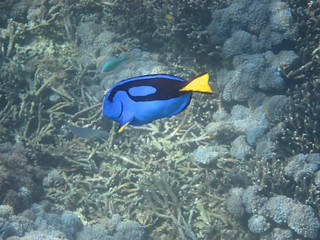 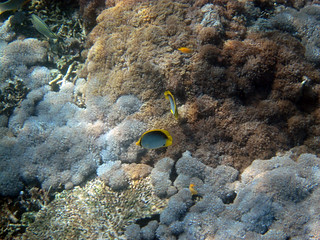 After 40 minutes or so we headed back to the boat. Our driver had brought two large bait fish with him so along the way to Blue Lagoon we hand-fished for mahi mahi. 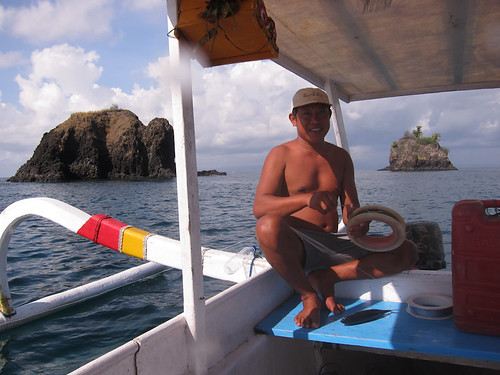 setting up the fishing lines

Unfortunately we didn’t catch anything but plastic bags…  Along the way we passed several large ferries and enjoyed views of the coast. 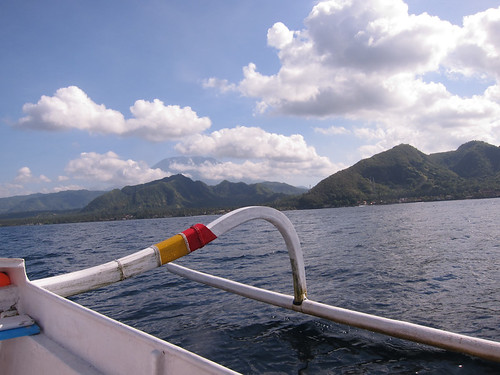 The Blue Lagoon had about half a dozen other boats with snorkelers, and as soon as we jumped in we were surrounded by curious fish so it was clear that people feed them here. 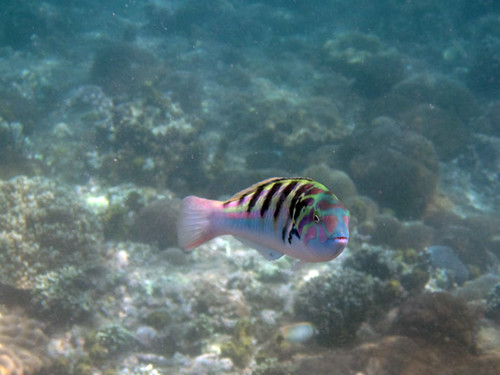 looking for a snack 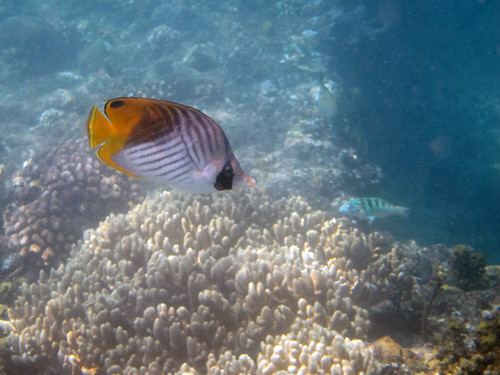 This location was relatively shallow but also the coldest water of the trip, due to the water coming through the Lombok strait. With all the activity here the reef is more disturbed, but the fish diversity was quite good.

Along our way back we unsuccessfully tried for mahi mahi again, then were dropped off on the beach next to our resort. Morning definitely seemed to be the better time to go out as the wind and waves picked up each afternoon in Candidasa, so snorkeling off Gili Mimpang would likely become more difficult. We’d definitely try snorkeling in the area again, and I would likely take the trip up to Amed in the north as well.