The day before we had scheduled a ride from our original driver, Swi, to Candidasa on the southeastern part of the island. Just after breakfast, I received a text from him saying that he was waiting for us out front. Good communication – finally!

Our first stop was the Kawi temple and thankfully we arrived before the buses showed up. We had the place mostly to ourselves and took our time taking photos and exploring a bit. This is one of Bali’s oldest and largest ancient monuments with ten shrines cut straight into the rock face. 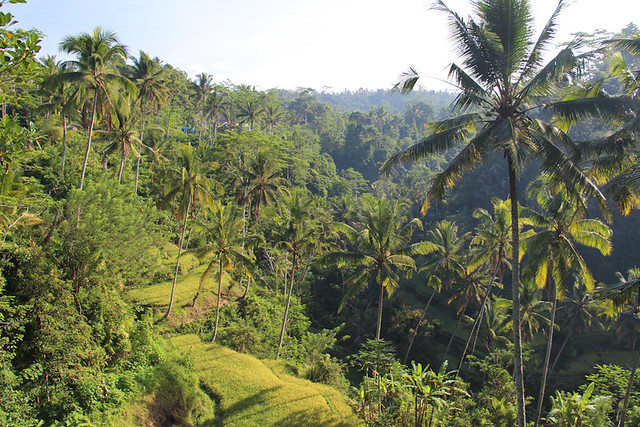 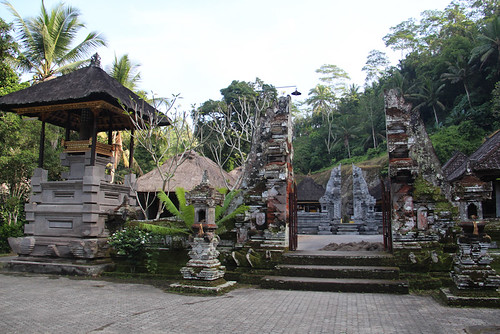 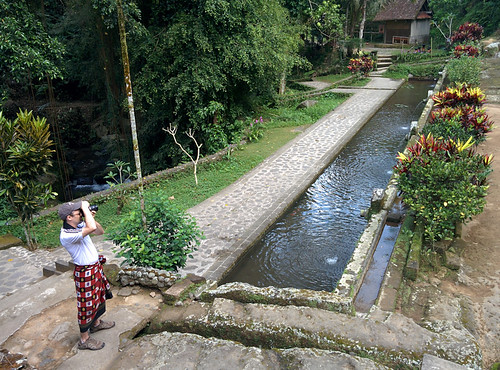 You may have noticed that there were only 4 + 5 shrines pictured above and it’s true — the last one is about a kilometer away through the rice paddies. We ran into a guy who showed us the way to the tenth shrine and, of course, expected a tip. I don’t think he was thrilled with what I gave him but, frankly, I was getting a bit worn out on this practice by then. Pro tip: You should ignore the sarong sellers on the way to the temple as the entry price includes a sarong to wear for your visit.

Our next step was Pura Tirta Empul, a holy water palace with a spring where people go to wash and place offerings. This temple has some beautiful architecture and we both agreed it was our favorite of the day due to the ponds and general feeling. 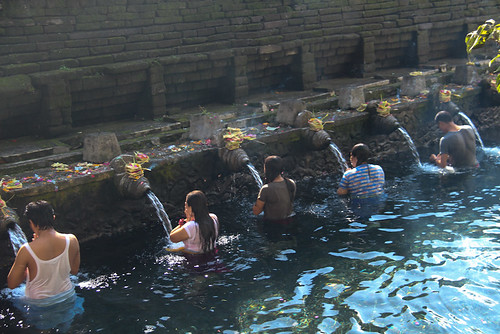 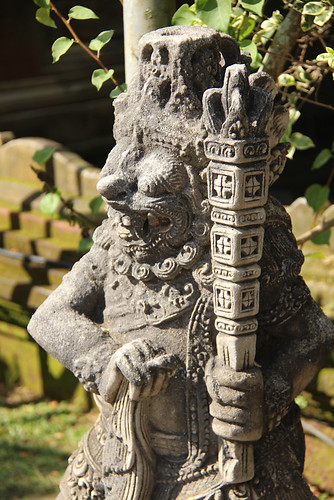 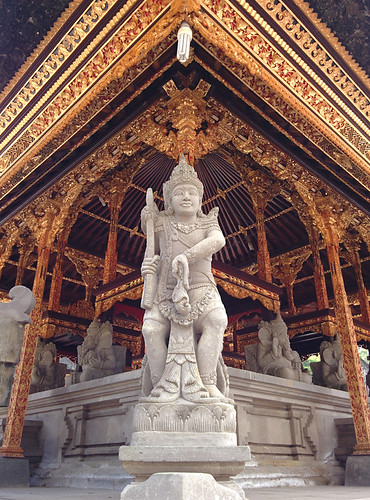 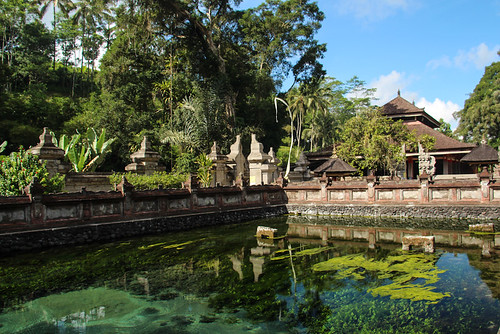 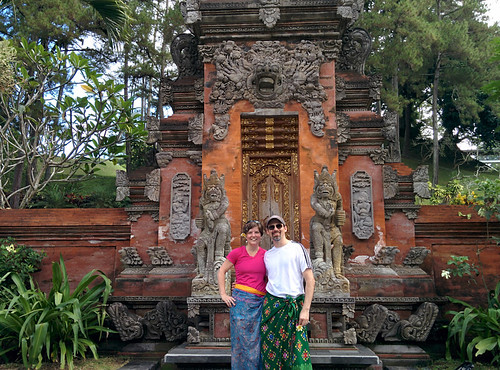 Our driver mentioned a bat cave temple (Goa Lawah) on the way to the hotel so we also stopped there. They charged me extra for a sarong even though I had a scarf but at least I could turn down a ‘guide’ to show us around. The bats were pretty cool, thousands of them crowding the roof of the cave. You can really only get a photo from one spot but thankfully it wasn’t too crowded.

It was very noisy…

After another half hour of driving we were dropped off at our hotel in Candidasa, where we enjoyed the ocean breeze after a week inland.