Upon arriving back in London for the afternoon, Google alerted Eric that the Lumiere Light Festival was starting that evening. My aunt had mentioned it previously but we assumed we would miss it. So, in between a lovely relaxing bottle of wine at Gordon’s Wine Bar and our West End show, The Play That Goes Wrong, we ventured out in search of a few of the installations. 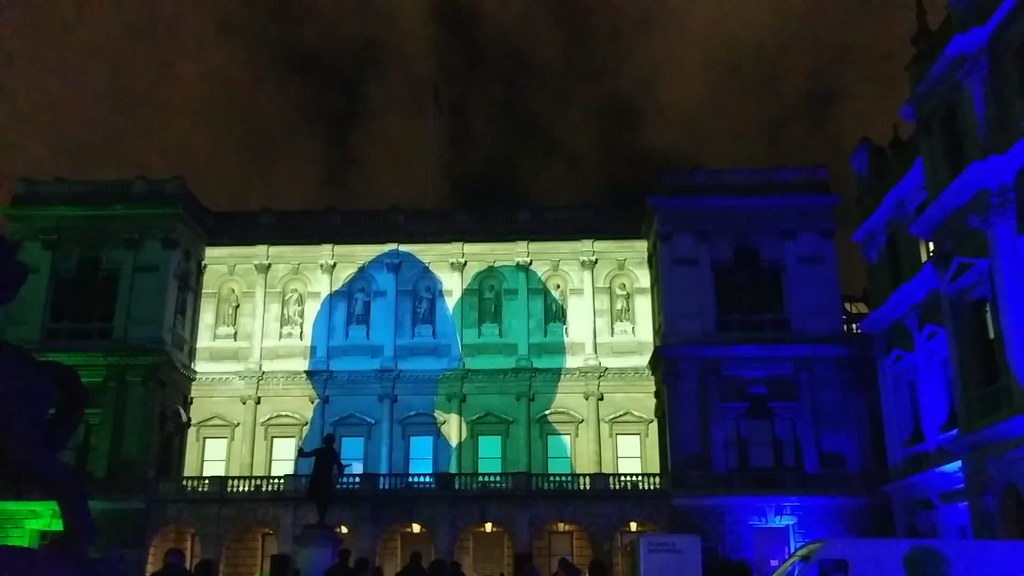 While the app was helpful in finding several of the locations, a few were off by a block or not found at all. I wish we had more time to track down these art installations, but we saw as much as we could with the limited time we had.

As for the play, we very much enjoyed it but found the Comedy About a Bank Robbery funnier overall.

« London: food + drink in Berkshire Co.
Dublin: where we stayed »