We knew that going to Malaysia during Chinese New Year could be disruptive in terms of restaurant closings and such, but we were hoping that a brightly lit Kek Lok Si Temple, thousands of Chinese lanterns, and multiple (noisy and entertaining) Lion Dances would outweigh the negatives.

The Kek Lok Si Temple was a definite highlight. We were a bit worried about the crowds but we arrived (by Uber of course!) about an hour before sunset and the crowd was still thin. Things picked up as the lights started to illuminate but it was absolutely stunning and we managed to find places to enjoy the views without feeling crowded.

The temple grounds are free to visit but it’s totally worth the small fee to climb to the top of the tower. On New Year’s Eve we received an invitation from the hotel to view two Lion Dances the following afternoon… this ritual is performed by two people dressed in a lion costume while another person is beating the heck out of a drum at deafening volume. It’s loud, showy and totally worth seeing in person at least once. 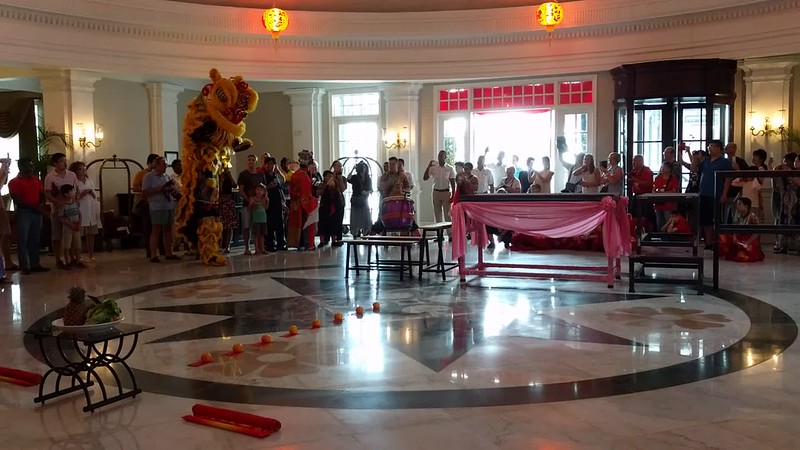 While fun, I think we would not choose this time frame again as many of the temples and light displays were up for a few weeks, so we’d be better off avoiding the general disruption itself.